In this blog entry and the next, I would like to introduce two excellent journal articles by Noel Weeks, both of which appeared in the Westminster Theological Journal. The first, featured here, is from 2010. The second is from 2016. Both are available in pdf online (links below).

Noel Weeks is an Honorary Associate in the Department of Classics and Ancient History at the University of Sydney in Australia. He has degrees in both zoology and theology and has taught Ancient Near Eastern history for most of his life.

Back in 2010, in Vancouver, I had the distinct privilege of enjoying a very charming and thoughtful lecture by Dr. Weeks on Christian education. His ability to engage an audience and speak intelligently for 45 minutes or more without any notes astonished me at the time.

The article at hand addresses the use of “background” material informing the study of the Bible. For instance, when the Bible describes God’s creating work, does it do so in ways that might be comparable to other “creation” accounts in the Ancient Near East? What about Abraham taking Hagar to function as his wife because Sarah was barren? Was this common? Or, when God makes a covenant with Abram in Genesis 15 or commands circumcision in Genesis 17, is God making use of existing cultural customs? If he is, what can we learn by doing some “background” study? Such study could be very helpful, but it needs to be kept in its proper place. Scripture alone is the Word of God, and the Word of God is self-attesting and fully trustworthy in itself.

A treasure trove of “background” information has become available in the last century. In the first half of the twentieth century this was used to show the reliability of the biblical text, but in the last fifty years it has been used in much the opposite way. Comparisons to other Ancient Near Eastern “creation” accounts, for instance, have lately led John Walton to argue that the church has misunderstood Genesis for millennia. He argues that the Genesis creation account only tells us about the function of the created things, not their origins. According to him, this view of Genesis 1 matches the Egyptian and Mesopotamian way of telling their creation stories.

Weeks’ article from 2010 was written before Walton’s books and arguments had really begun to gain traction. Yet Weeks’ arguments are pertinent: he points out that the use of this biblical background material to back up the biblical account opened up the likelihood that the same material would be used to break down the biblical account—the methodology was flawed. The Christian must first of all receive the text in faith.

Arguments based on supposed parallels often suffer from the following faults: 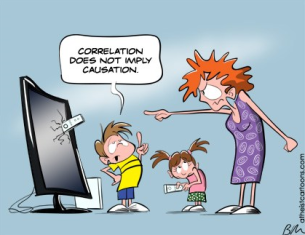 Among the other alleged parallels that Weeks addresses, he speaks to the question of common creation accounts in the Ancient Near East. His comment is very much to the point: “The background to the biblical creation stories has been ‘found’; the problem is whether it has been found in Mesopotamia, Ugarit, Egypt, or a complex mixture” (229–30). As he explains, each of these options presents significant difficulties. In no case have scholars explained how the account of one culture reached another or was used by the other culture. In the case of Egypt, there are even several differing accounts available, so which one is the right candidate as “background” or “parallel”?

You can also watch Dr. Weeks lecturing on biblical interpretation at a special invited lecture at Westminster Theological Seminary in this 30-minute video.